Plant a tree in memory of Douglas
An environmentally-friendly option 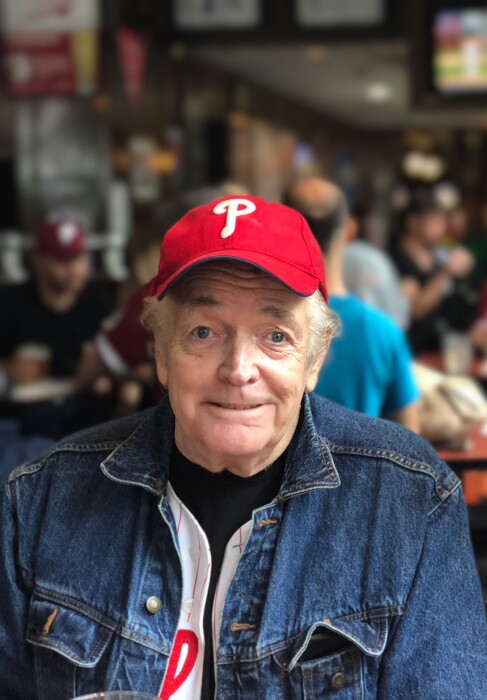 Doug was born on June 3, 1942 in Philadelphia, PA and resided in Philadelphia his entire life.  He graduated from Northeast High School, and received a Bachelor and Masters degrees from Temple University.  While at Temple, Doug was a member of the men’s soccer team.  He also played soccer with the Phoenix Club in Trevose, PA.  Doug was a retired teacher of the Philadelphia School District, where he taught English and Drama, mostly at Central High.  He was also an actor in many local productions and a member of the Screen Actors Guild.

Doug was a passionate Philadelphia sports fan, always ready to watch a game.  He also avidly followed the English Premier League of Soccer.  He became an enthusiastic supporter of girl’s fastpitch softball, attending many high school and college games for great niece Abby.

Doug will be especially missed by his nephew Frank, who actively watched out for him for many years.  They enjoyed frequent conversations, and shared many happy holidays and events together.  Doug was a great friend, teacher, and mentor to many.  He treasured the relationships that he developed over the years with his students, as many became lifetime friends.

Plant a tree in memory of Douglas by clicking here.
To send flowers to Douglas' family, please visit our floral store.

A service summary is not available

Plant a tree in memory of Douglas
An environmentally-friendly option

Plant a tree in memory of Douglas

11 trees planted in memory of Douglas

I'm shocked, as I just learned of Mr. Wild's passing. He was such a formative role model in my life during my teenage years. From drama club to English and film class, Mr. Wild was a great mentor and presence, especially during a time in my life when I suffered from deep depression. I remember doing a report on Siddhartha, and really committed to being thoughtful and doing my best work. It spurred a great conversation with him after class, and his insights shaped much of my philosophy entering college. May he rest in peace, he'll surely be missed.

A Memorial Tree was ordered in memory of Douglas John Wild.  Plant a Tree

I attended Elmer’s wedding with Doug many years ago when we were both quite young. I thought that he was the most wonderful person. Apparently, I am not the only one. I regret not trying to find him sooner.

Plant a tree in memory of Douglas